Rare Finds Worldwide says its team includes banking and alternative investment professionals with a passion for whisky, offering a full suite of services – including valuation, consulting, sourcing premium collections and providing a platform to sell or exit whisky investments (including bottling).

In addition, the partners behind Rare Finds Worldwide also say they are extending capital raising (a fund) in rare single malts, a private equity investment vehicle focusing exclusively on rare whisky investments, single malt Scotch whisky casks, as well as limited-edition bottles and collections, for Singaporean investors who wish to invest in the fast appreciating whisky market that is uncorrelated to traditional asset classes.

The firm claims the fund will primarily target hard to find undervalued rare whisky casks that are between 15 and 40 years old, as well as bottles and collections over 18 to 30 years, with a view to holding and realising growth through market appreciation, maturation and bottling.

According to Rare Finds Worldwide General Partner Murray Holdgate, in the past 10 years, the value of whisky increased by 564%, significantly outperforming other alternative investments and collectibles including rare coins, cars, rare stamps, art and fine wine.

The fund is being launched with a target commitment of £20 million (SGD 36.1 million) and a minimum subscription of £100,000 (SGD 180,700). Initial fundraising will focus on high net worth individuals, family offices and boutique institutional investors with the first close due in October 2020.

“Faced with extreme market volatility and a prolonged global recession, many investors are turning to alternative assets such as whisky to weather the storm. Whisky is fast becoming ‘liquid gold’, reflecting its growing status as a collectible asset that appreciates strongly in value due to its rarity. We believe this is an opportune moment to invest as the whisky market has reached maturity, with an abundance of collectors, investors and specialist auctioneers creating a highly liquid environment in which to trade,” says Holdgate.

To coincide with the launch, Rare Finds Worldwide has appointed George Koutsakis, renowned Asian whisky writer and connoisseur, as its new Investment Specialist and Marketing Director. Previously working for one of Japan’s largest importers of Scotch whisky, Koutsakis now writes extensively on the spirits industry and his work has been featured in Financial Times, Forbes, Food & Wine, Playboy, Liquor.com and many other publications.

Commenting on his appointment, Koutsakis says over the past decade, whisky investments have strongly outperformed many other assets in the traditional and alternatives markets.

“I am excited to join the Rare Finds Worldwide team, as it continues to establish and grow its premier whisky cask investment offering, bringing exclusive access to some of the oldest and most prestigious whisky assets in the world to private and affluent clients in Singapore,” says Koutsakis.

﻿Money Mind: 5 Things You Need to Know About Investing in Whisky 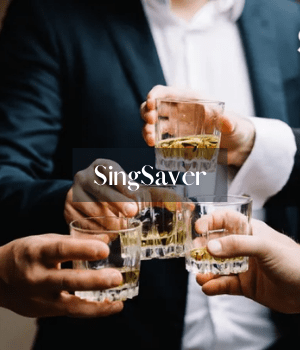 Liquor Lovers, Here Are 3 Ways You Can Invest In Rare Whisky

Rare Whisky Grows in Value as it Outperforms Other Alternative Assets