For several years established luxury items such as fine wines and art have been regularly traded at auctions. Now Scotch is also joining the list of sought-after luxury items as its popularity continues to rise.

Assisted by the rise of Japanese whisky, bourbon in America, and many other countries entering whisky production, Scotch whisky gone above and beyond to protect its position as the leading category in the global whisky industry. Brands like the Macallan, Dalmore, and Springbank have risen to achieve record-breaking prices at auctions and often collaborate with international luxury brands, such as Aston Martin to create a cult-like following across the globe. Whisky is a beautiful, global asset, and Scotch leads the way.

Scotch is the most regulated and monitored whisky category in the industry, making it the safest and most attractive investment. These regulations, put in place by the government-operated body, HMRC, are one of the reasons investors can rest easy. These rules also ensure the liquid we all enjoy is up to the highest standards. Production must take place in Scotland and, to be named a single malt, the whisky must be made from 100% malted barley and aged for no less than three years in oak casks. Rules maintain the spirit’s impeccable reputation, as markets across the globe consume Scotch above all other whisky categories, including Japanese, American, Irish, and Canadian whisky.

Rare whisky topped the Knight Frank Luxury Investment Index in 2019, surging in value by 40% over the 12 months to the last quarter of 2018. The same report also shows that, over the past decade, whisky values have gone up six-fold.

The Asian market has partially driven the rise in the value of Scotch whisky. According to the Scotch Whisky Association, single malts now account for almost one-third of total Scottish exports with the sales of whisky to India, China and Singapore rising by 44%, 35% and 24% respectively in the first half of 2018. Hong Kong remains the hub for whisky auctions, with numerous records broken in the city. Just last year, the record for most expensive cask sold at auction was broken by Bonhams, who sold a Macallan 30-Year-Old for $US572,000. Hong Kong acts as a hub for mainland Chinese and other Asian countries to source and attain the rarest whiskies in the world, and this is why we chose to set up shop right at the heart of whisky trading in Asia.

Perhaps you’re wondering why we don’t trade bottles of Scotch whisky instead?

After all, most headlines involve bottle records and new releases. Simply put, this is because casks reign supreme as an investment. For one, the industry has not yet caught on to the benefits of cask investment. This lack of awareness benefits Rare Finds Worldwide, as we are the first to enter and stock up, while the rest of the world plays catch up! Compared to bottles, casks continue to mature under ownership and value is affected positively by both the brand’s popularity and the maturing process making casks an excellent investment! When bottles are bottled, maturation stops within the glass; meaning only a growing brand will bring returns. Another benefit of investing in casks is there are no logistics involved as each cask continues to age peacefully in Scotland. Multiple exit strategies, and an exciting trip to Scotland to sample your casks just add to the ultimate whisky investment that are casks.

At Rare Finds Worldwide, through our team of seasoned experts and cutting edge technology, we have positioned ourselves at the centre of the whisky trading industry. Relationships with brands, clients, and suppliers put us in a position to supply the rarest and most well-priced stock to our growing clients base. Rare Finds Worldwide also assists with exit strategies, making us your perfect choice. We can source casks of almost every brand and age to suit our client’s needs and advise on the best-performing brands of any given month. We are building an ecosystem when we source, trade, invest, monitor, and impact the world of whisky cask trading, and you could be part of it!

Whisky investment is booming, as the liquid gold continues to outperform other luxury assets, including coins, arts, cars, and wine. With a pour from the world’s most expensive bottle of Whisky valued at $US42,000, the potential is endless.

Scotch whisky is regulated strictly and overseen by government bodies, making it a safe investment. SWA, the body the regulates Scotch whisky production, makes sure the liquid is distilled to the highest standards and follow a set of rules and laws passed down over the decades. Out of all the whiskey categories, Scotch is the most strict and monitored in the world, making it the most straightforward and most hands-off investment

The global whiskey market is everchanging, as more and more countries enter production. This competition takes distilling to new heights and also, by comparison, clearly showcases the rich history and centuries of refinement Scotch whisky has undergone. Authenticity, provenance, and well-aged assets for great prices; Scotch whisky has it all. 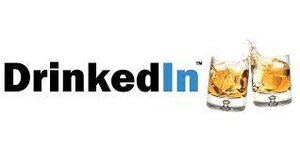 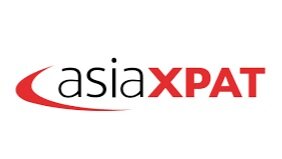 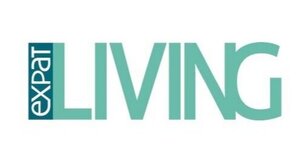 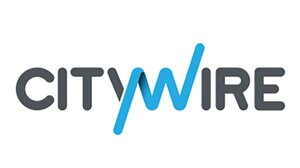 Contact us for a quick consultation. After a brief chat, we are certain you will know the best way for you to enter whisky investment and start making a profit. Your future whisky portfolio is a short call away.
2

After reviewing numerous options and consulting with our team of experts, you'll choose your first cask. The steps are simple- After signing the agreement and completing the payment you will receive your Cask Certificate of Title and Transfer of Ownership- These documents prove that you are the new owner of the cask.
3

As the new proud owner of your first Scotch whisky cask, you will have all the information available you need at your disposal. Your cask will be lying at a government-bonded warehouse in Scotland, overseen by professionals. It will continue to mature and grow more complex, unlike bottles that stop ageing when bottles.
4

The time will come when you're ready to sell your casks, and Rare Finds Worldwide will be there to help you every step of the way. The easiest exit is to retrade your cask or sell it via auction. Our extensive channels and growing client base will make this process quick and easy. Name your price, and wait for a sale. Alternatively, you can bottle your cask and sell it via stores and sales channels (only recommended for business owners, stores, and those with established sales channels.)
5

With our whisky trading and investment ecosystem, you'll continue to receive the trends and news on everything whisky, to keep your whisky cask portfolio fresh and profitable. Rare Finds Worldwide are there with during every step of the journey.

Published on CityWire While art and fine wine have been articulated as investments for a long time, an up-and-coming alternative has grown leaps and bounds…

Published on The Asset “Faced with extreme market volatility and a prolonged global recession, investors are turning to alternative assets such as whisky to weather…

A Look Into Alternative Investments

Alternative investment assets outside of conventional financial market instruments are ideal when diversifying portfolios. Many types of luxury assets, including Scotch Whisky, are traded by…

“Why Is There a Strong Demand for Whisky in Asian Market?” – Specialist Sheds Light on the Whisky Market in China Over the Decade

The market for whisky has been red hot in the past few years with numerous record-setting events in the Hong Kong salesroom. In a recent…

How We Got The Modern Whisky Industry: A Story of Families and Conglomerates

Scotch whisky today is a universally-known product, with its industry seen in nearly every country on earth - whether it’s the enjoyable bottle or the… 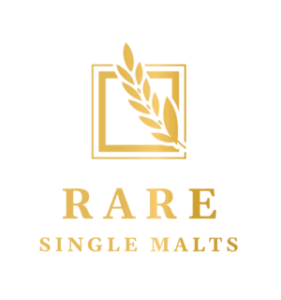